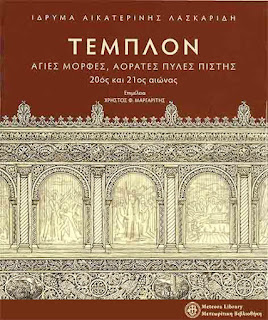 Γκέκας Αιμιλιανός,
«Το ξυλόγλυπτο τέμπλο του ναού Κοιμήσεως της Θεοτόκου στο Καστράκι», στο: Τέμπλον. Άγιες μορφές, Αόρατες πύλες πίστης. 20ός και 21ος αιώνας, σ. 235-240.
Αθήνα 2017
PDF
Summary
Gekas Emilianos, The wood-carved iconostasis in the church of
the Dormition of the Virgin at Kastraki
The three-aisled church of the Dormition of the Virgin in the village of Kastraki is dated to the mid-fourteenth century, οη the basis of the wall-paintings in the sanctuary. lts wooden iconostasis has a tripartite arrangement and occupies the central and the north aisle. No donor inscription has survived.
The carved decoration of the iconostasis is developed in three zones. Distinguishable, from the base upwards are: a) the lower zone with the wooden closure panels, b) the middle zone with the despotic icons, and c) the upper zone with the Great Deesis. The overall height of the iconostasis is five metres.
Noteworthy are the medallions (tondi) with painted decoration and the figures of the Virgin and Child and Prophets, which refer to the iconographic subject "On High the Prophets". These are developed in the bands on either side of the despotic icon of the Theotokos . There is painted decoration also on the lintels with the trilobe pointed archlets, of the two openings of the sanctuary.
The entablature of the third zone of the iconostasis consists of successive relief bands with vegetal decoration and is constructed as a single timber beam . Depicted in the zone of the Apostolikon are the three-figure Deesis and the figures of the Twelve Apostles . The iconostasis is crowned by the Crucifix and rood figures.
The Kastraki iconostasis is distinguished by the austerity of its synthesis, the low relief of its carving, the repetition of decorative motifs, the presence of floral and the absence of faunal figures, the lack of openwork technique, the miniaturist execution of the painting in the tondi, the fish-like forms of the dolphins and the large Cross crowning the whole.
lts creation by a local workshop of the period increases its importance and ίη combination with the rarity of its decorative elements enhances the value not only of the iconostasis but also of the monument.
Αναρτήθηκε από Meteoritis, Greece στις 22:53 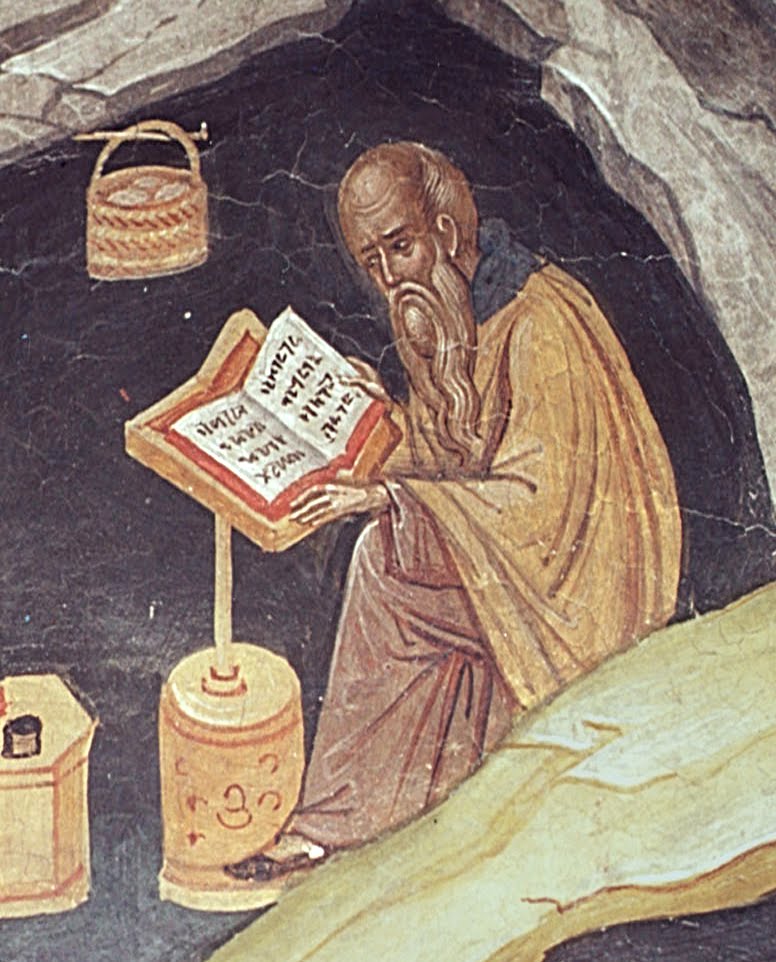